skip to main | skip to sidebar

I am taking a silkscreen printing class and here is a Photoshop version of a work I am working on. It is self-explanatory to most Americans.
Posted by Jim at 12:24 PM No comments: 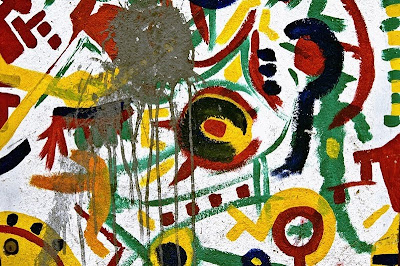 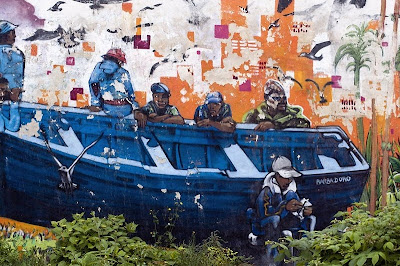 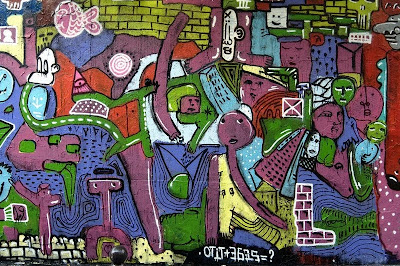 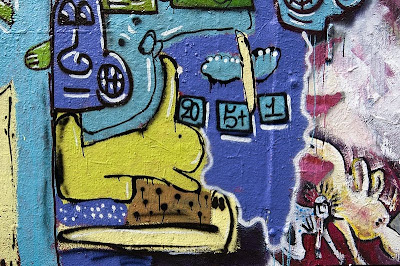 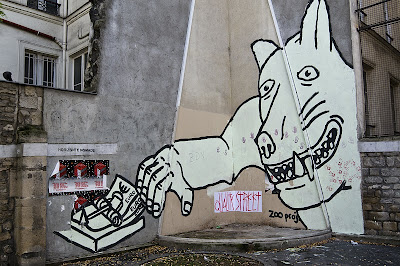 More Street Art in Paris
Posted by Jim at 11:33 AM No comments:

This video gives a good look at street art throughout Sao Paulo. It may stall out while buffering occasionally in the first minute or two but if you have a fairly good broadband connection you will be able to view it without interruption.

Here is another video of Street Artists in Sao Paulo from Arrested Motion.

This is a video of the Street Art exhibit at the Tate Modern in London. It included the work of Os Gemeos, wose work was vandalized by the Sao Paulo police. (See oprevious post.) And here is a link to the Tate Modern Street Art Exhibit.

Below is some street art from São Paulo, Brasil. The city encourages street art a a means of beautification of otherwise rather dull areas. These pics come from a slide show by Rob Verger on WorldHum. 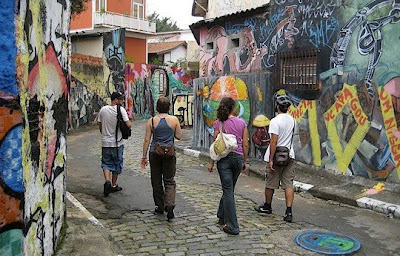 Graffiti has overtaken Beco do Batman (or, Batman's Alley) in the Vila Madalena neighborhood in west São Paulo. The man at far left is a graffiti artist who calls himself Pato, meaning "Duck." 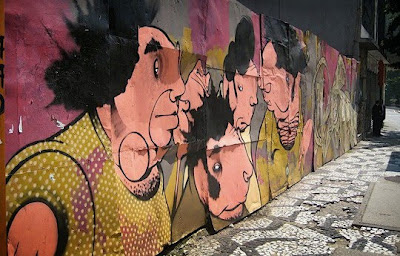 Graffiti in the center of São Paulo by Alex Hornest, who is also known as Onesto. 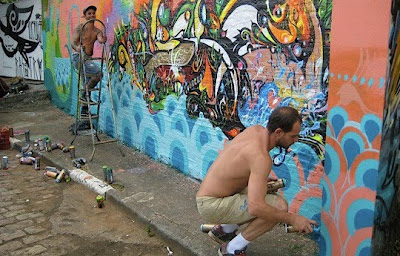 Graffiti artists Zezão (left) and Rafael Highraff paint in Beco do Batman in January. Rob Verger wishes to thank Julia Mello Neiva, Tarsila Portella and the artist Pato for their help with the slideshow from whihch these pics were taken. 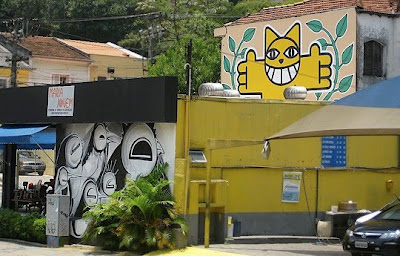 Graffiti near the Choque Cultural Gallery, a gallery specializing in graffiti-related art. The French artist known as Monsieur Chat painted the giant image of the cat. 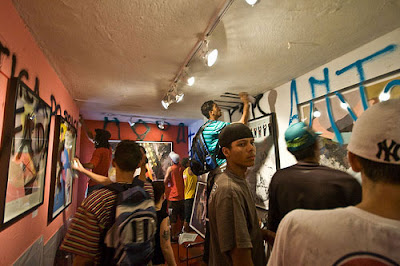 The pixação movement is an underground movement of Sao Paolo street artists who protest the commercialization of street art. They invaded the Choque Cultural Gallery on Septemeber 6, 2008, defacing the walls and art work of fellow street artists showing there causing more than $5,000 damage.

São Paulo is creating a registry of street art to be preserved. The move comes after artists complained about city clean-up efforts that resulted in the painting over of part of a mural by twin brothers Otavio and Gustavo Pandolfo, known as Os Gemeos. 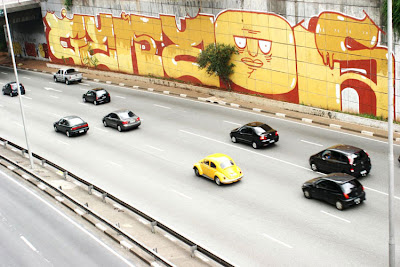 Os Gemeos were invited by the Tate Modern to participate in this summer's street art show, in which artists painted murals on the museum's exterior. Only one month later, part of the duo's 2,230-foot mural on retaining walls on the 23 de Maio expressway in Sao Paulo was covered by gray paint, despite the fact that it had been done with permission from the city.

Officials blame the incident on a misinterpretation of the Clean City law. Enacted in 2006, the law is Mayor Gilberto Kassab's attempt to decrease "visual pollution" in Sao Paulo. It has led to the removal of billboards, the scaling back of signs with corporate logos, and the covering over of much graffiti.

Here are some additional links on the Street Art of Sao Paulo.


And here is a link to the Tate's Kids Page. It has a fun interactive that allows you to create your own street art. Not knowing much about it, I created one called Man with Pretty Teeth. Then submitted it to the Tate's online gallery listing my age as 72. Then, I decided to look at the online gallery and found that most of the entrants were 9 - 12. So be warned.
Posted by Jim at 9:46 AM No comments:

Here are some vidos on street art that I thought were particularly informative. I will probably add more street art to this page as I go along. Enjoy!

If this video fails to polay properly, you can go directly to the YouTube site. A Wall Painted Animation by MUTO

Christoph Ruckhaeberle is an artist of the Neue Leipziger Schule who studied under its founding Guru, Arno Rink. The Neue Leipziger Schule uses old master techniques inherited from Marxist Social Realism and influences from Surrealism and German Expressionism. Ruckhaeberle approaches figurative painting from a purely formalist standpoint using the technique of glazing over a monochromatic underpainting. His paintings are a compositional jigsaw puzzle, each element an individually delineated shape filling a gap in the whole with a strong sense of rhythm. Notice the similarity between the first picture and the early work of di Chirico -- the empty buildings, the strong patterns of light and shade. More about him at Sutton Lane Gallery and Nicolai Wallner Gallery. 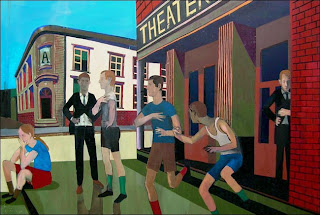 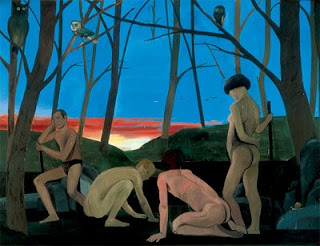 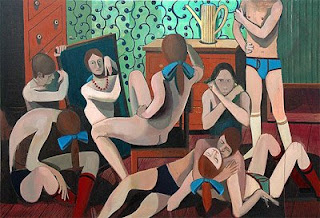 Jim
Sacramento, California, United States
I have a degree in art with two years post-graduate work in architecture but pursued a career in urban planning, programming and web design. I recently retired from the University of California, Davis and am now pursuing my passion of art full time while studying film making and running a website I created Cafe Q Sacramento, an LGBT social network for the Sacramento area. Recently, I have become involved in buying a mid-century modernist home in Sacramento, California.